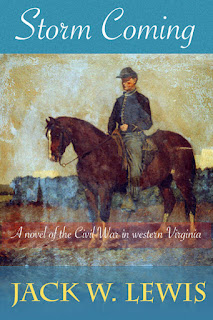 From the start I had many questions that needed answers. Swaney was born in southwestern Pennsylvania on a farm near the small village of Smithfield in Fayette County. Smithfield was only about six miles away from Morgantown, Virginia and a couple of miles from where I was born. His military records indicated he joined the First Virginia Cavalry regiment in September in Morgntown. The only First Virginia Cavalry I knew of at the time was formed in Winchester, Virginia, in July 1861, under the command of Colonel James Ewell Brown (J.E.B.) Stuart. So had Swaney joined the Confederacy, I wondered? If so, why did he later join the Union cavalry under General John Buford?

As I began to dig deeper I discovered the inspiring story of the formation of the State of West Virginia. I became aware that the western Virginians (those counties in and west of the Allegheny Mountains) had a long list of grievances with the eastern counties of Virginia.The westerners had grown to depend on trading with the Pennsylvanians and the Ohioians and used the river system to trade with many other states. They developed a labor system in which citizens became the workers and builders. They had few slaves. The easterners, on the other hand, had many slaves to work the cotton and tobacco fields on which the easterners depended for their livelihood. There were more easterners than westerners and so the easterners managed to get their way when it came to politics and taxes.

So when Virginia Governor Letcher in early 1861 called for a convention of the state delegates to debate the issue of secession, the western delegates who mostly favored staying with the Union were eventually outnumbered by the eastern delegates who mostly favored joining the Confederacy.
In spite of these political conflicts between east and west, the first vote of the Virginia delegates was strongly against secession. It wasn't until South Carolina fired on Fort Sumter and Lincoln called for 75,000 state militiamen to put down the rebellion that the vote of the delegates swung the other way.
Swaney and his family feared an attack from Virginia, just as western Virginians feared an attack from Pennsylvania and Ohio. The western Virginians wanted to stay in the Union and the Pennsylvanians and Ohioans wanted to help them to stay in the Union.

When Swaney joined the First Virginia Cavalry in Morgantown, it was a "loyal" (for the Union) Virginia cavalry formed of citizens from western Virginia, Pennsylvania, and Ohio, to fight off any attempts by eastern Virginians to force the westerners into submission. A civil war between the west and east parts of Virginia erupted.

How to tell this little-known story was the next big problem. Around the time of my initial research, Carol, my wife and a professional book editor, gave me two historical novels by Newt Gingrich and William R. Forstchen titled Valley Forge and To Try Men's Souls (about Washington's Delaware River crossing). I found the historical novels much more interesting than strictly historical books. Historical novels place you in the scenes and you get the story from listening to the conversations between the characters. In the nonfiction history books, the author tells you the story.

I decided to adopt the Gingrich/Forstchen approach to telling the story of Swaney's adventures from his point of view. Along the way many other characters jump in and tell things from their points of view. You will get into the heads of Major Generals McClellan and Robert E. Lee, who were major players in the Virginia mini-civil war along with many other characters. I hope you like my book and would appreciate any feedback.

You can write to me on my author page at: http://jackwlewis.surberstation.com/.

You can buy the book on Amazon at: http://tinyurl.com/scebk
(If you by the print version you get the Kindle version for free.)

If you do buy the book, PLEASE. PLEASE, PLEASE, write a review 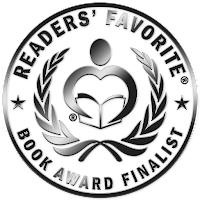 It's hard to believe that the 1st Alabama Cavalry Regiment escorted General William Sherman in his march to Atlanta and beyond. An Alabama Cavalry for the Union? The words just don't seem to go together! In my last blog post I mentioned the Alabama Cavalry Regiment consisted largely of men from Eastern Tennessee. That is not true. The folks from Alabama that formed the 1st Alabama Cavalry Regiment were from the northern mountain part of that state and they believed in the Union. They did not own slaves and saw no reason to support secession. Like those in Eastern Tennessee, they were harassed and their families brutalized, driven from their homes into the Alabama hills, then into Union lines, and at last into the ranks of the U.S. Army. Paraphrased from http://www.1stalabamacavalryusv.com/1sthistory.aspx :  It is ironic that the Confederacy, created to preserve the principle of states’ rights over the primacy of the central government, instituted the first wartime dra
Read more